Behind the Scenes, kit, Weddings

OK, so I am as much of a kid in a sweet shop as anyone else when it comes to kit. Left to my own devices and with a wad of cash I could buy a shed load of equipment to make my films look more cinematic, possibly. The thing is, most kit for filming is designed with commercials shooters in mind, people who have time to change set up between shot, to plan the shot. When it comes to creating wedding videos, sometimes simplicity is the key.

So, here’s the nightmare that recurs in the minds of wedding videographers and filmmakers; You find yourself at a venue which,  for the purposes of making this a nightmare, is too far from home to manage a return trip before the wedding starts. Aside from the fact that you’re wearing jeans and a hoodie, you don’t have any of your kit, except the camera you are carrying. You are due at bride prep in 5 min.

That should be utterly terrifying, but actually, it can be liberating. Minimalism in wedding videos is a bold move, but for some it works out to be a masterstroke. I won’t lecture you with the principles, but go ahead and see what Phillip White has to say about it here.

Essentially, the idea is that, with no need to worry about whether to use a gimbal, monopod, slider, etc, etc or to use this lens or that lens, you have more time to focus on seeing what is happening, then composing for and  capturing those precious moments. And ultimately, it is the quality of the content, not the way in which it was captured, that is key to creating wedding videos which capture the essence of the day.

Recently, I was one of the best men at a friend’s wedding. I already had a reading and a speech to do, plus I wanted to spend my time catching up with very old friends, so I wasn’t going to film anything at it. In something of a very last minute decision, I chucked my camera, one cheap vintage lens (with adaptor ring), a Sony voice recorder, one 32GB card and one battery in my luggage. 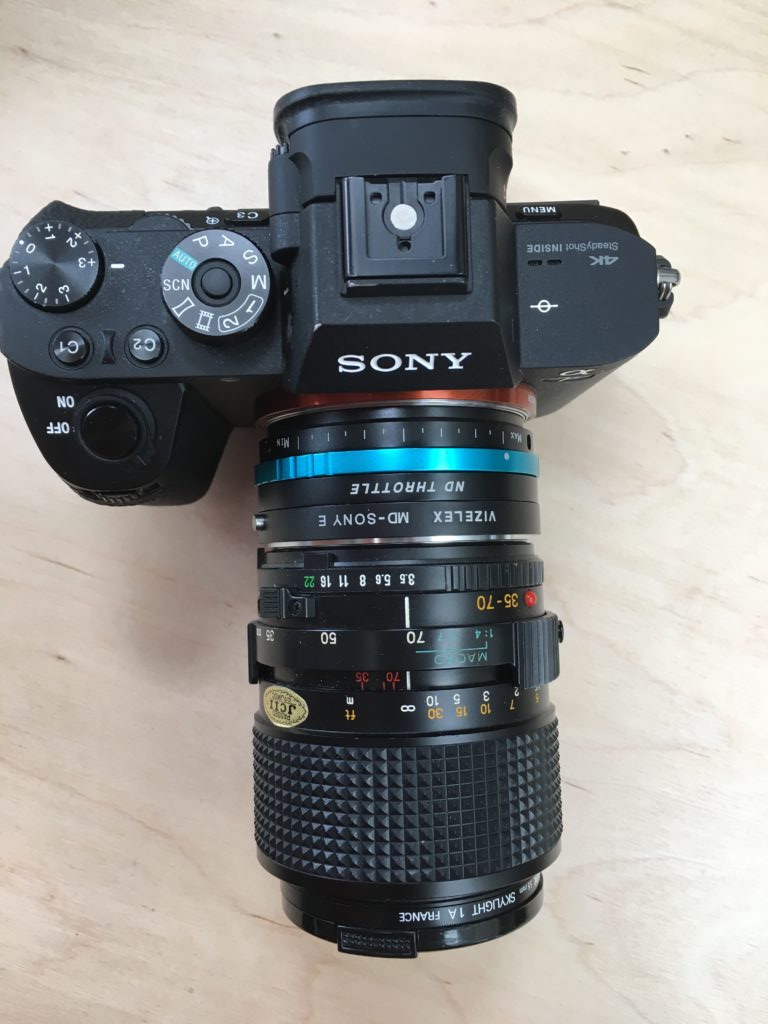 I literally only filmed maybe 15 minutes of footage over the 2 days. In the ceremony, I set the camera to film in 4k and sat it on my knee, which I stuck out into the aisle a little bit. I certainly didn’t want to draw any attention to myself. I reckoned I could just crop into the image, rotate and stabilise it to get a better image in post. During the Ceilidh, I was in a rush between dances and pretty tired and didn’t check the settings on my lens properly. I must have spun the aperture ring or ND filter a bit in the rush and just using ISO to expose meant that the image was noisier than a death metal concert. Denoiser III helped a bit with that.

But the aim was always to try and capture something of the moments, not worry about whether a certain resolution is at its best, or to ensure that all footage was wobble free. The end result was rough and ready but the bride (who was totally surprised to receive anything at all) said it very much captured the spirit of the wedding.

Watch it below, but be warned; it begins with some gratuitous, but pixelated, nudity.

Would I turn up to a paying client with this set up? No. Does it make me think more about the shots I take, rather than the kit I should use to take them? Absolutely.

If you’d like to discuss how our approach to wedding videos can create a magical memento of your day, get in touch today.

An alternative wedding reading // Celebrating the work put in.